2022 Black Friday has just finished, and not without making an impact globally.

There were initial concerns of a less eventful Black Friday weekend, due to a rise in interest rates amongst the fear of being on the cusp of a recession. However, online sales rose 2.3%, with electronics being the most sought after gifts according to Adobe Analytics.

How did Glopal's customers perform?

Let’s look at how the Black Friday period 2022 compared to its previous year in 2021. We've taken data of the GMV generated by Glopal's localization suite, to identify which markets performed the best in terms of sales growth and overall sales generated, but also which improved year on year in comparison to 2021.

The top 3 markets that had the highest GMV percentage growth compared to the previous year was Germany seeing a 256% increase to it’s GMV, the UK with a 247% increase to it's GMV and the Canadian markets rose 155%.

Which markets performed the best?

We looked at which markets performed the best in terms of overall GMV for the Black Friday period.

Canada - 16.8% of the total GMV generated with Glopal

Whilst the Canadian market saw a lower GMV growth rate compared to Germany and the UK, it actually generated the most overall GMV out of all of the markets, seeing a 16.8% share of the total GMV generated. This could be down to two things:

1. Canada could be one of the more popular markets to sell into for merchants. This is down to an increase in buyer demand for international products. 80% of the buyers from Canada purchased from American brands, and 18% purchased from British brands. The popularity may be driven by the lack of a language barrier.

2. It could be one of the more popular markets to sell into for merchants, especially US sellers. It's relatively easier to set up and begin international selling across the northern border, whilst being able to substantially lower shipping costs for buyers as well.

The UK continues to be a country not shy from purchasing cross-border, being the second highest GMV generator of the markets Glopal merchants sold into.

95% of the merchants the UK buyers purchased from however, were located within the US, with the rest being from different EU countries.

Germany was the most successful EU market to sell into, with 12.4% of the total GMV generated with Glopal

Germany was the most successful EU market with Glopal in 2022, with 12.4% of the total GMV generated. However, it was also the fastest growing in comparison to 2021, with the market seeing a 255% sales increase. The majority of merchants who the German buyers purchased from are located in the UK and US, with the rest scattered around other EU markets such as France, Ireland etc.

Whilst Germany didn't buy as many products as the UK or Canada, it's high growth rate compared to 2021 suggests more buyers are more open to cross-border than ever, and it's a market that retailers should consider as part of their 2023 international ecommerce strategy.

Australia slightly outperformed France, making up 8.8% of the total GMV generated, with a 21% increase from 2021.

France is the 5th highest GMV generator with a 7.25% GMV share but outperformed Australia for growth, seeing a 56% increase over the Black Friday period in 2021.

The correlation between majority of English speaking buyers purchasing from the US & UK, but also the majority of the merchants who the German buyers purchased from where in the UK and US reinforces the requirement for merchants to localize their website.

Whilst non-native speakers are purchasing more from cross-border, it's evident that providing a local buyer experience is driving the higher conversions for merchants.

Also looking to expand into markets such as Germany and Canada with higher growth rates compared to previous years is something merchants need to consider as they look to scale their international sales.

Overall it was a fantastic Black Friday and we look forward to what happens in 2023.

Want to increase your sales by 3X across 10 international markets?

Launch your store in 10 international markets with Glopal's free cross-border pilot program. This is a great opportunity to test your products utilizing our industry-leading technology in new markets without any investment or commitment for three months.

Start your free trial to receive: 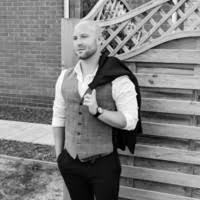 Daniel is an international ecommerce expert at Glopal.

Events season is well underway as the global pandemic subsides and businesses are able to meet and share ideas around the world ...
Start Reading
Daniel Porter Jun 15, 2022 4:05:28 AM 1 min read