When shipping internationally, packages are charge based on either volumetric or actual weight, whichever is greater.

What Is Volumetric Weight?

To illustrate the difference between volumetric and actual weight, consider the following example. There are two boxes, each the same size. One is filled with golf balls and the other is filled with ping pong balls.

Volumetric weight is calculated by multiplying the length by width by height of a package and dividing the result by a volumetric factor. This volumetric factor varies with the unit of measure and with the carrier used to ship the package.

You can use our International Shipping Calculator for a detailed estimate of shipping fees including taxes and duties. When using Glopal's cross-border technology and services, this Landed Cost quote will be guaranteed at time of checkout. 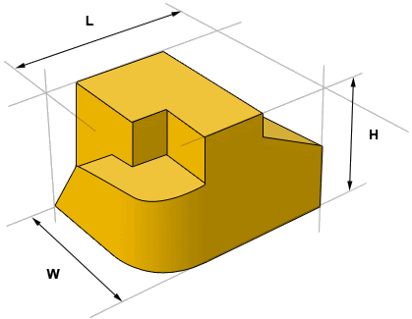